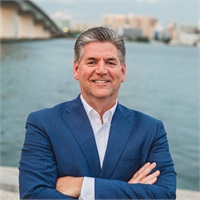 Tim Self is Director of Weatlh Services and an Investor Advisor Representative with LPL Financial. He has his Series 7 and 66 Securities registrations held with LPL Financial as well as his Life and Health Insurance license.

His extensive community involvement includes board service for Community Center for the Deaf and Hard of Hearing, Beyond the Spectrum (school for autism), Sertoma Club of Greater Sarasota, Designing Women Boutique, Women’s Resource Center, Art Center Sarasota and he is a founding member of the Suncoast University of Kentucky Alumni Club and the area "Black N Gold" Steelers club.